An Engaging Introduction to The Bike Cop Trilogy 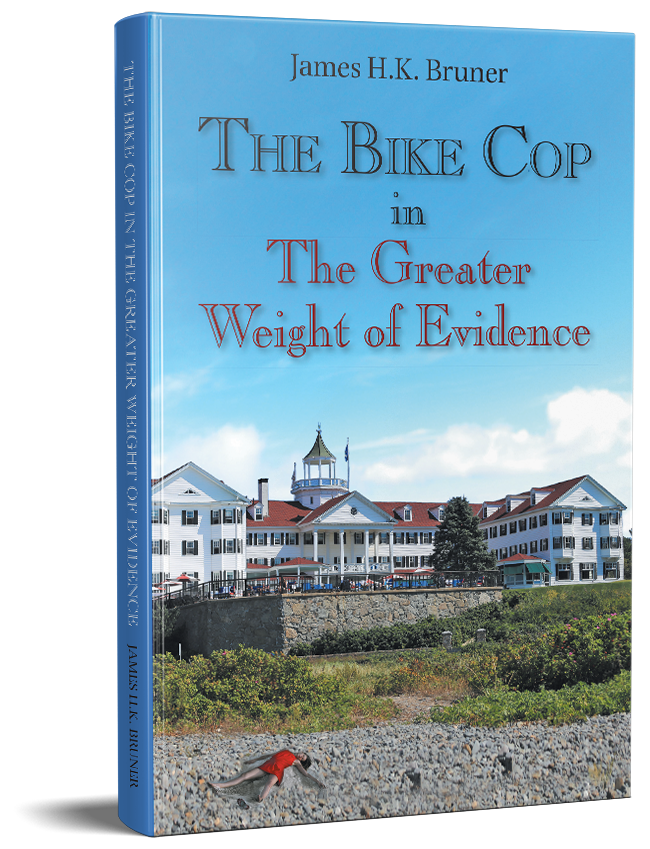 An Engaging Introduction to The Bike Cop Trilogy

James’s Bruner’s, The Bike Cop in the Greater Weight of Evidence, mixes a crime drama with a coming-of-age story to explore racism and small-town politics in 1970’s America... The small Maine seaport town is portrayed in depth, with descriptions not only of its physical locations but of the effect of affluent families on the town’s politics and the strained relationship between locals and the “summer folk.” ...As the characters experience traumatic events, their perceptions of Port Talbot change. The characters of Port Talbot are easy to imagine, described with physical detail and sporting unique speaking styles, accents and colloquialisms... Digger’s inventive yet believable use of criminal and forensic information drives the mystery which starts at a leisurely pace and speeds up considerably towards the end. Legal banter and arguments are a large part of the plot and they are presented with authenticity and judicial experience... The Bike Cop combines the right amount of humor, politics and suspense for a fun detective tale with an irresistible lead!” *-Clarion Reviews *

“In this debut police drama, a murdered girl is discovered on the beach near a tony New England fishing village... Digger Davenport, 19, hails from a wealthy family that divides its time between Lake Placid, New York and fictional Port Talbot, Maine. Eight years ago in Port Talbot, he went out early one summer morning to fish and hooked the decomposing body of the chef of the Brigantine, a local premium hotel. Now, he’s studying criminal justice... and lands a seasonal job as Port Talbot’s “bike cop.” After a few weeks of managing traffic and handing out parking tickets, Digger once again finds himself investigating a homicide... Digger has spent his life crisscrossing the line between the “townies” and summer vacationers in the Port, making him a fine instrument for the author’s riffs on both.... A light, breezy and entertaining beach read.” -Kirkus Reviews

“The Bike Cop in the Greater Weight of Evidence is a delightful novel by James H.K. Bruner....he’s a skillful writer who, drawing on his legal background and familiarity with life in a resort town, keeps the plot moving and holds readers’ interest...Bruner has done an excellent job... Entertaining... the Bike Cop is a perfect beach read. Even better, Bruner reports at book’s end that there’s a second book in the works---something to look forward to for next summer.” -Blue Ink Review